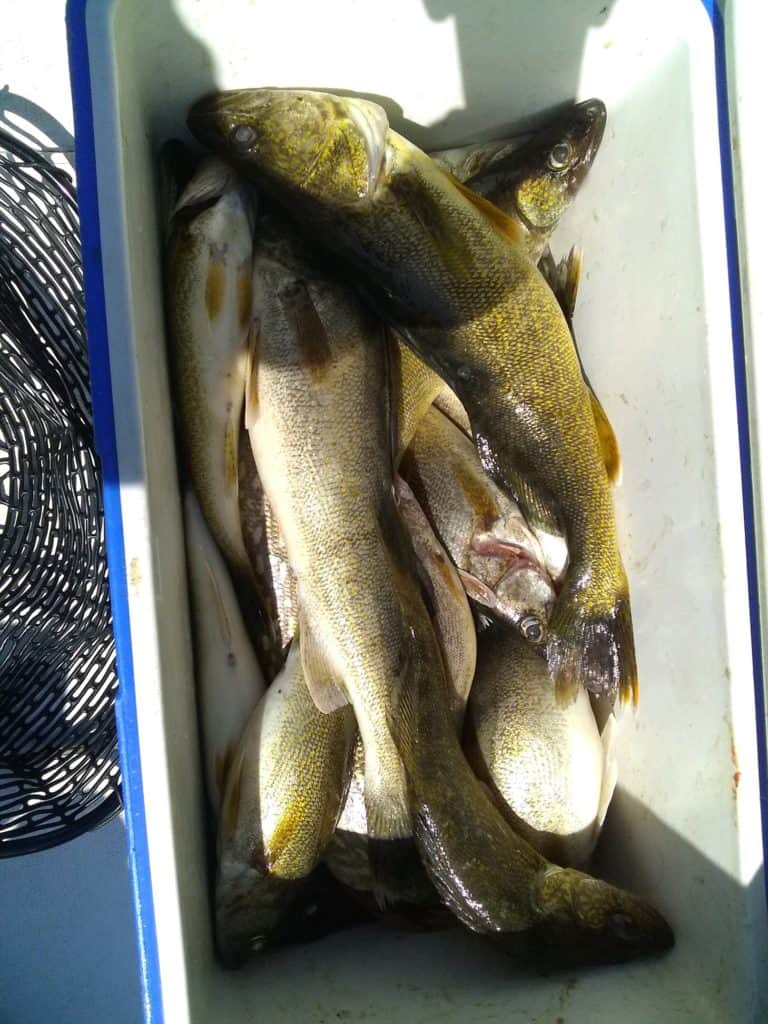 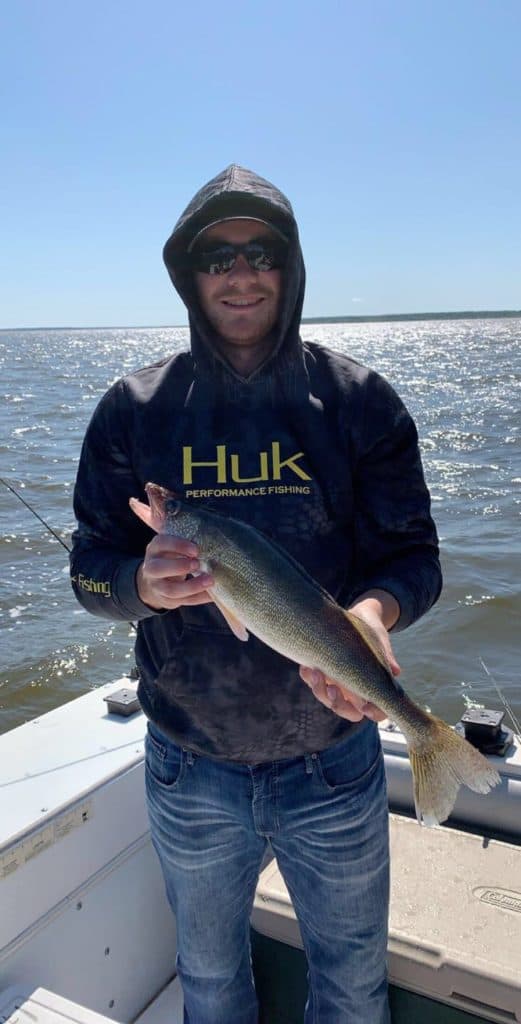 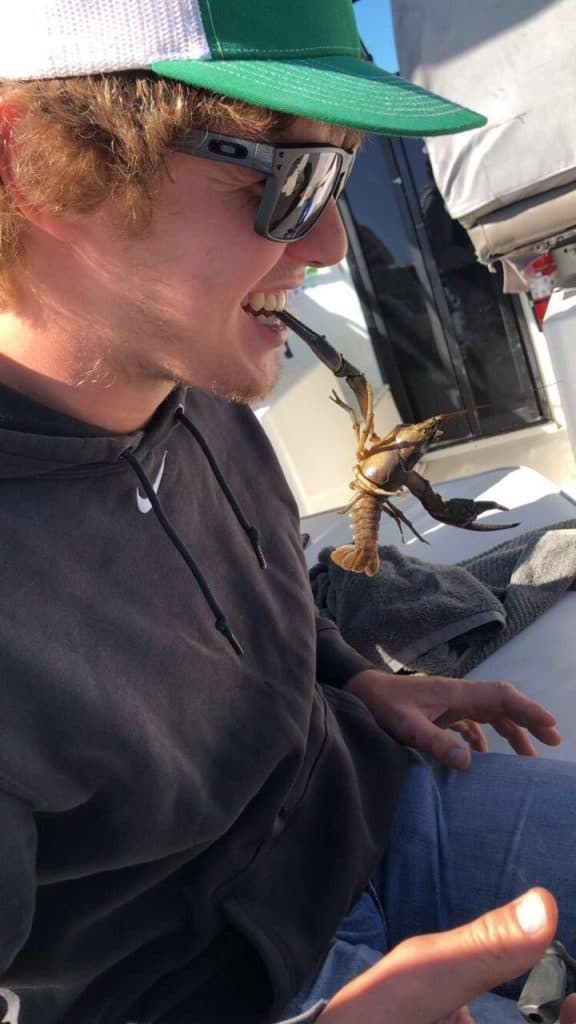 The shiners have started to move, so fish are following them closer to the river! Guides have been having success in the 24’-32’ range, drifting with spinners (gold, pink, silver and orange) tipped with minnows, crawlers or leeches. Many slot fish have been reeled up along with some nice size walleye. One guide reported a 27 ¼” walleye and a 29” northern caught and released by the same group. The surface temperature is starting the cool down at 67 degrees. Pro tip of the week – hang on tight to your fishing rod! Leaves are starting to change
The first leaves are starting to change from green to yellow and orange hues this week and high temps have been in the 60’s. Water temperature has dipped into the upper 60’s too. Walleyes have been biting in 22’-28’ trolling using brightly colored spinners with a minow or crawlers or crankbaits in the mud and around reefs. In the coming few weeks it will start to transition to a jig and minnow method as the walleye start to school up tighter and move to points and areas with current.

Muskie, Pike, Bass, Crappie
One of the cool things about Oak Island is the multiple species of fish in the area. Not only is walleye fishing good but so is muskie, pike, bass, crappie and some perch. Muskie, pike and bass fishing are real good right now and crappies are starting to bite. The muskie bite has been good using blades and topwater baits in the weedy bays and rock points. Silver, black and white have been popular colors. Nice pike have been found in rock spots close to deep water 30’+ feet deep using spinnerbaits and buck tails.  Smallmouth bass have been hitting on crankbaits on  5’-18’ reefs and crappies are biting on small jigs and a minnow in 10’-30’. Crappies are on the move to structure and the bite will really heat up late September and October.Come have some fun this fall! Openings available at Oak Island Sept 2-4, 16-21, 24-October 20.