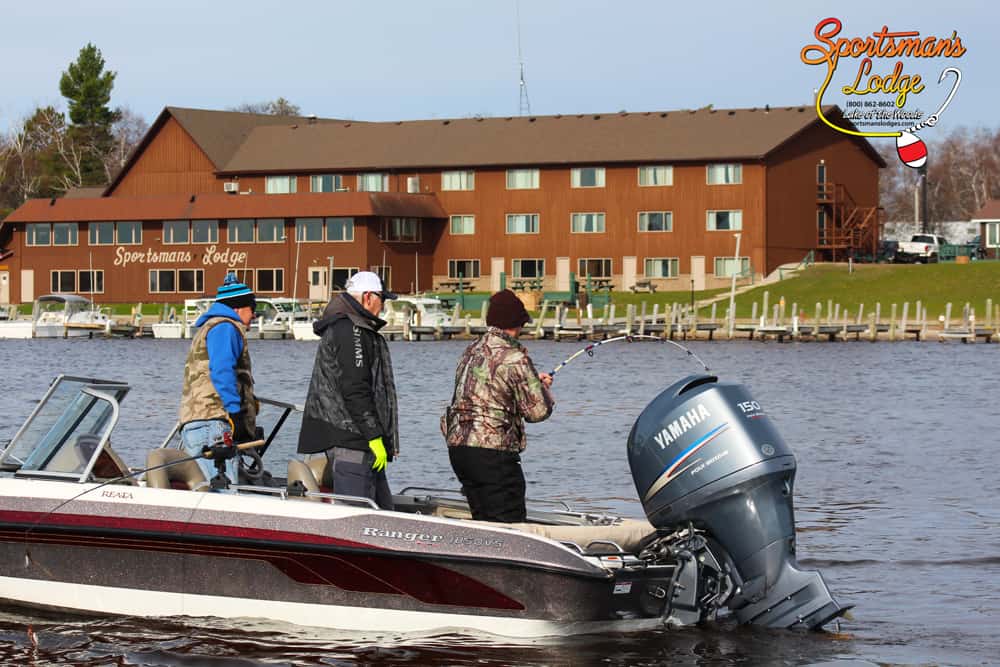 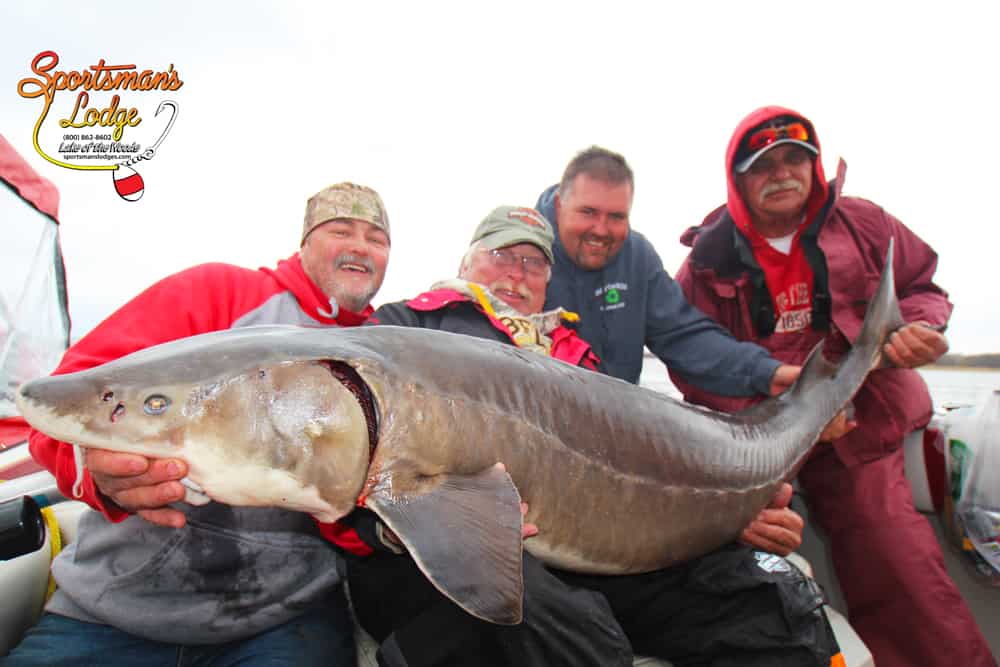 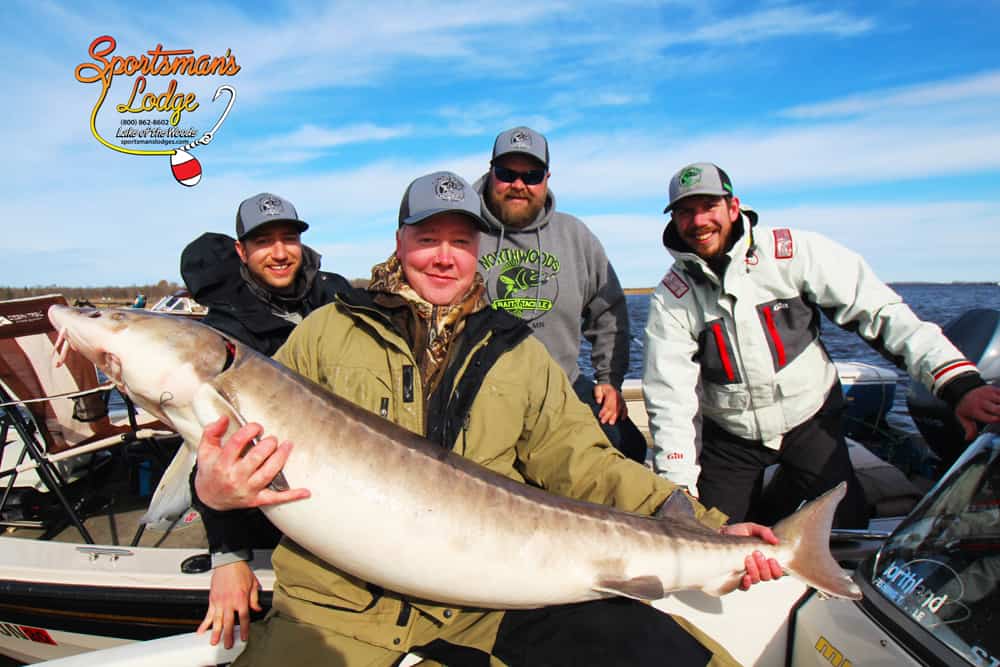 Baudette, MN – The Sportsman’s Lodge Annual Sturgeon Tournament had a full field of 60 boats and 179 anglers that battled it out over two days on Friday, May 3 and Saturday, May 4 for over $10,000 in cash and prizes. The 13th annual catch and release tournament was headquartered at the beautiful Sportsman’s Lodge and the fishing area was focused on 1.2 mile area right in front of the lodge on the Rainy River

Day one, the participants were rewarded with a beautiful calm morning.  As the day progressed the weather turned a little more challenging as the clouds and rain moved in.  The anglers stuck it out and finished day one with plenty of smiles.  Day two started out with more Lake of The Woods sunshine and as the day went on the wind picked up and mother nature made the conditions a little tougher on the anglers.  In true fishing tournament action the anglers braved the conditions and finished the day strong.

Tournament coordinator Bryan “Beef” Sathre said “Over 75 sturgeon were caught and released with two of those fish being previously tagged by DNR fisheries.” Tournament participants paid a $90 entry fee per person which included an incredible prime rib dinner as part of the tournament fee. The top two sturgeon of each day were awarded large cash prizes to match their big catch, with third place each day receiving a custom built fishing rod built by Sportsman’s guide, Ralph Christofferson. In addition, many more prizes were awarded for the biggest Sucker, Eel

Pout, under 18 years old, and biggest sturgeon caught by a female.

In 2018 for the first time in the history of the tournament, the participants that were involved in

of the support the participants put forth to raise this money for such a great local program,” Gregg Hennum, Owner of Sportsman’s Lodge said. Lake of the Woods TAKF board members Ralph Christofferson, Jaime LaValla, Reed McFarlane and Diana Hennum were on hand to accept the donation. “This is amazing,” he said.

One the highlights from this past weekend was created by an 11 year girl who was fishing in the tournament with her dad.  Earlier in the banquet on Saturday night, some prize drawings were held and an adult angler won a cool little princess rod in a mystery prize game. He gave it to this young girl and made her night.. As the night was winding down and the banquet was almost over, she approached the podium. The little girl mentioned to the emcee, she wanted to donate the rod back and to have it auctioned off so the money could go to TAKF and help other kids to be able to fish. The announcement of what this young angler just did, it was received with all the anglers in the room applauding her decision.  The $19.99 rod was auctioned off for over $400 and the Lake Of The Woods TAKF benefited from this unselfish decision.

Sportsman’s Lodge would like to thank the participants, tournament coordinator and emcee extraordinaire Bryan “Beef” Sathre from Fathead Guide Service, guides, staff, and the gracious sponsors, Northwood’s Bait and Tackle, Log Cabin Bait, CLAM, Mission Tackle, Jim Joy from Sysco Foods, S.S. Bait Co, Striker, NLFX, Reeds Sporting Goods, LaValley Industries, Evinrude, Otter Outdoors, Rapala, Lake of the Woods Brewery, 13 Fishing and Northland Fishing Tackle. “Without all the help we couldn’t have made this such a huge success,” Sathre said. “Thank you to everyone who attended, It was a blast and we can’t wait for next year.” Next year’s tournament is scheduled for May 1 & 2, 2020. At this time the tournament is already sold out for next year but anyone interested in joining is always encouraged to join the waiting list by contacting Sportsman’s Lodge at 800-862-8602 or online at www.sportsmanslodges.com. If you can’t make it to the tournament, there is plenty of opportunities to get into the sturgeon action. Be sure to check out Sportsman’s Lodge.