Everyone thinks of different things when they feel those first cool September winds.  Some people think of walking trails, some people think of the leaves changing colors but for the people of Lake of the Woods it means one thing, big walleyes and a lot of them.  Those water temperatures start dropping and the walleyes go into feed mode.  There are many ways you can target these pigs but here are a few of the best ways.

As we know, the reason that so many walleyes flood the rainy river area in the fall is the emerald shiner run.  Walleyes are putting on the pounds for winter.  A lot of anglers target walleyes with just a jig and shiner.  This can be very productive and is a simply an easy way to catch not only big walleyes but a lot of fish.  The best place to look for these fish is outside the gap or in the river.  As far as outside the gap will be holding to a certain depth.  The farther we move through September and into October that depth will get shallower.  In the river, walleyes will be holding to places where the current breaks or inlets, any place where shiners are going to hold.  Jigging in these areas can be and will be very productive. 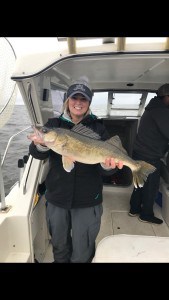 Another strategy that has been getting the attention of not only many anglers but big walleyes as well is trolling plugs and stick baits.  Trolling off of Pine Island can be very good.  Long lining shad raps can be very good at times but a good way to troll at all depths is to have a 3oz weight and about a 5 to 6 foot snell followed by a stick bait.  It is much easier to control your depths this way.  As far as the river, trolling the first breaklines into the current has proved to produce big walleyes.

The fall isn’t just good for big walleyes tho!  Big pike, sturgeon, and smallmouth are also packing on the pounds before winter.  Pike will be holding to current breaks in the river.  Casting spoons and blade baits in these areas will attract these toothy beasts out of hiding. Also, laying dead bait on the bottom, such as smelt or a sucker can be a good way to get these fish to bite later in the year as they get more lethargic. 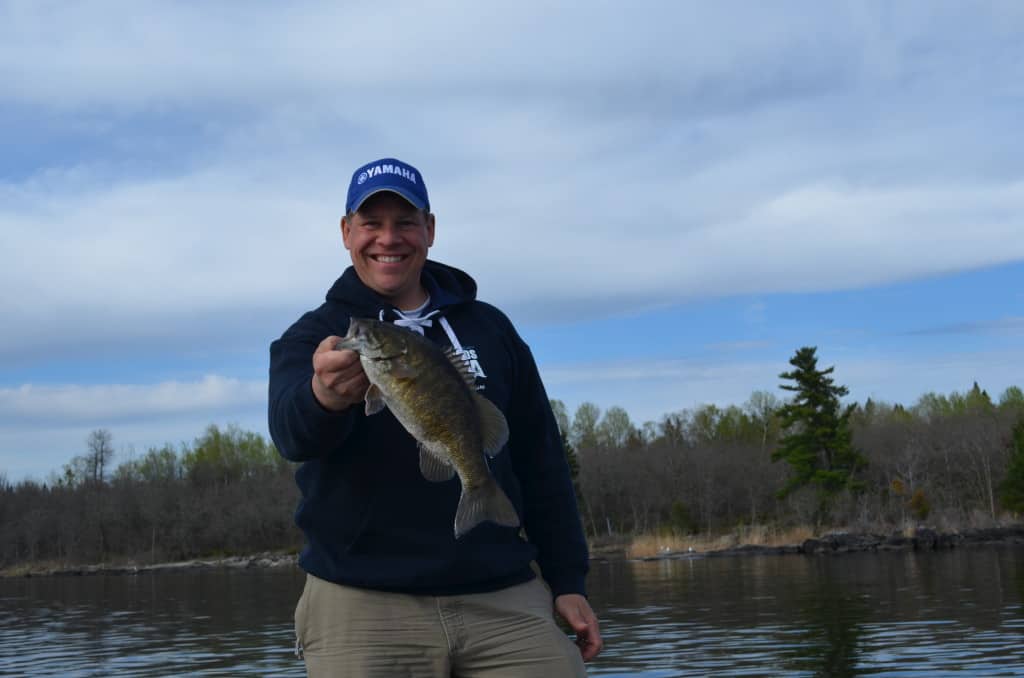 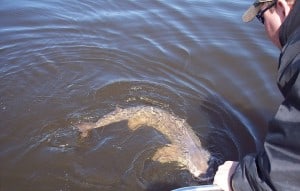 Sturgeon have been getting more and more popular as the years go on up in the rainy river.  Fish over 70 inches are not out of the realm of possibly these days.  And in the fall they are feeding hard before the winter.  Concentrate on areas around deep holes in the river.

This doesn’t always mean directly in the bottom of the hole.  Sometimes just upriver or adjacent to the hole is where this dinos can be lurking.  So before ditching a location completely try a couple different spots on the same spot!

To be fair, if you are looking for a place in the Midwest for big fall walleyes, Lake of the Woods and the Rainy River is one of the best if not THE best place to go.  So get up here and hold on tight!

← Weather is cooling off and the jig bite is heating up!
Deep Waters →